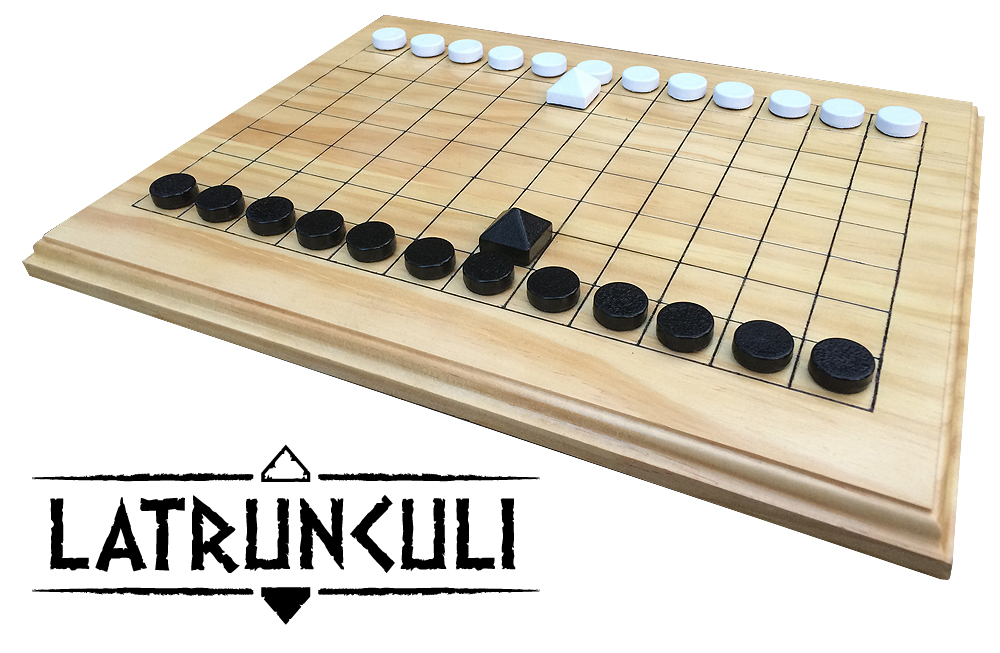 Over 2,000 years old, Ludus latrunculorum, latrunculi, or simply latrones (“the game of brigands”, from latrunculus, diminutive of latro, mercenary or highwayman) was a two-player strategy board game played throughout the Roman Empire. It is said to resemble chess or draughts, but is generally accepted to be a game of military tactics. Because of the paucity of sources, reconstruction of the game’s rules and basic structure is difficult, and therefore there are multiple interpretations of the available evidence… this is the Idyllwild Games’ version.